My cousin recently shared this sweet photo of my mother and I. I just love it. I was about a year and a half old. Every other photo of me as an infant it's my dear old dad holding me. 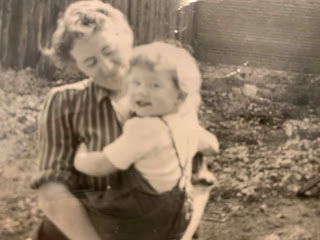 My mother was the youngest of five and born during the roaring twenties. There was a huge age gap between her and the next sibling so she was almost an only child.  Her teenage sisters hated having a baby sister in the house, hogging all the attention! Mum was much indulged. She was really into sports and was quite the party girl. She enjoyed many trips to the big city for fun.
She and my grandmother, then me, and my youngest daughter, all graduated from the same high school. Four generations of women. Isn't that amazing?
During the second world war she was a comptroller at a major manufacturer. That is sort of like an accountant. The comptroller handles all the money transactions.
After the war, when the boys came home, her sister and brother in law encouraged her to step out with a nice young fellow who was known to her family. That guy would soon be my father.
Mum and Dad raised three of us, losing one daughter shortly after birth.
We lived in my maternal family homestead. The photo of me above was taken shortly after we moved there. We stayed in that house for 15 years.
Mum had a variety of work experiences over the years.
She and Dad were married 41 years when she passed away.
My Mum was a character. she had a funky accent, being raised by an Irish father and Scottish mother. It was most pronounced when she had a beer or two in her. She loved Patsy Cline and Jim Reeves music. She rolled her own smokes and drank beer. She was a champ at Rummy and Solitaire.  She had a stinky old female yellow lab, boxer mix named Spike. She liked to drive her muscle jar and never turned down an offer to go for a spin on the back of a motorcycle. She loved to tell jokes. My long suffering father would roll his eyes and shake his head, but he loved her to death.
Her grandchildren have all the best, fun stories to tell about their grandma. I think she liked being a grandma more than a mother. Hahaha
💖Happy Mothers Day in Heaven Mum 💗 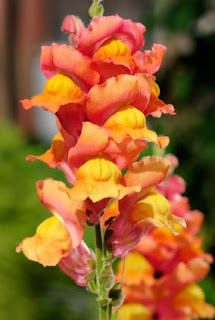