I see a nap developing

Our phone rang at 3AM. Who the heck calls at 3AM unless it is some sort of family emergency! The phone is downstairs. I refuse to have one in the bedroom. I am not in a position to drive the hundreds of Km. to where my immediate family is anyway, so it just goes to message. But here lies the dilemma: How do you get back to sleep after that nasty wake up call? It was coming on 2 before I even got to sleep in the first place for goodness sake.

I was out of my nest before eight AM as the dogs and cats were letting me know they were about to expire from malnutrition. I made my tea and settled in to read some news before checking the message.

Here is where I get well and truly P.O'd. It was a client call. WHO calls a service provider at 3AM to get their *&^% snowblower ready for winter????????

Well, I was up and there was work to be done.

M. mother and step father are coming for dinner tomorrow so there was a bit of a tidy up. Then I whipped up the puff pastry. It's something I've done every year this time for five years or so. M. gifted me Anna Olsen's cookbook and that;s where I got the recipe. It's a very plain, simple thing to make, just time consuming due to all the chilling between rolls. It makes a very large batch of pastry too. I usually divide it in four or five and freeze them. This year I promised to share with my brother in law. He's coming for dinner tomorrow too so I wanted to have it ready to hand over to him. After the first roll and "booking", into the refrigerator it went for at least two hours of cooling this time around. I washed the big bowl and scrubbed the counter down again. Next on the agenda was garlic planting.

I had prepared the bed a few days ago. I worked in a good lot of well aged sheep manure.  A month or so ago we went to the Mennonite market in Douglas where I bought a bakers dozen large heads of garlic for $15. When fully separated into individual cloves they totaled 61.  These were good sized cloves so I hope to get 61 heads next summer. Last year the cloves were quite a bit smaller. I planted 151 but only harvested 47. I elected not to use any of these heads for my seed stock.

M. is going to make more cabbage rolls this afternoon, but I think I'm going to be snoozing. Once I get up it will be time to catch up on laundry. Busy day with a quiet interlude.

Change is in the air

We have had a couple of rainy, breezy days. The colorful trees around my place have pretty much shed their leaves. All that remains are the oaks, which are slowly donning their beautiful burgundy gowns. The tamarack in the bog just past my lane are slowly turning gold too.

When I drove into the yard at 4:30 yesterday afternoon, it dawned on me how dark and dull the place looks now.

I checked the long range (two weeks) forecast for my area a few minutes ago. Tomorrow is to be quite warm again, but the temperatures are going to take quite a dive from there on in.  I just wish we would see more sunshine.

We have some family coming for a birthday dinner on Saturday. (Yes, I know it seems like that happens a lot here. My living/diningroom is 36 feet by 13 feet so we are best situated to feed a crowd. The rest of the family sure don't have the space, living in apartments and tiny little houses). That should be the end of the celebrations until Christmas. Lets pray we are all able to gather with our families.

My maternal grandfather, Andrew Pearson, and his siblings 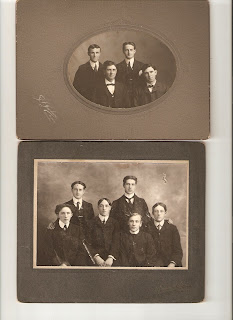 My United Empire Loyalist family line is through Elizabeth Cole 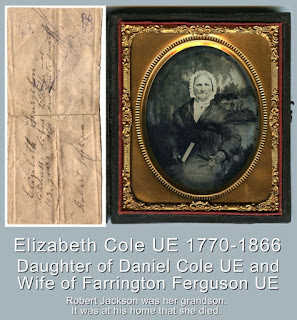 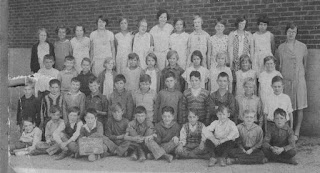 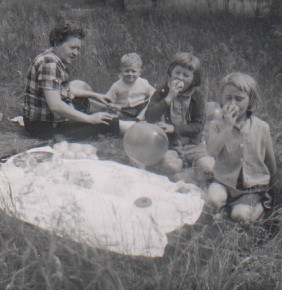 Did your family enjoy picnics by the side of the road as much as we did?

Thank goodness it is warming up a lot. We have three feet of snow on every roof which needs to melt off asap!

Yesterday was a lovely respite after that storm, but darn it all if it isn't snowing again today. It's going to be nice and warm this afternoon so we will get out walking.

I've been spending snow days going through old SD cards looking for some old photos. MyHeritage has this feature where they can animate a photo. The face will look at you, blink, look side to side and perhaps smile. I want to find a decent photo of my grandfather to try.

I found these lovely photos of my maternal grandparents. 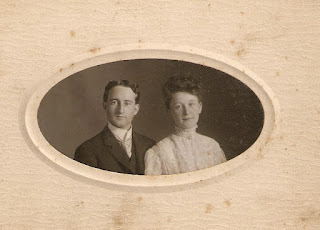 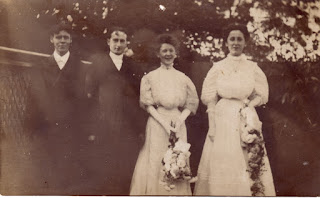 Grandma and her siblings 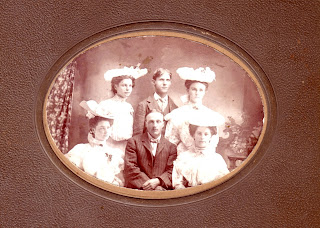 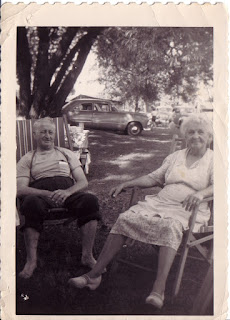 My regular readers know about my passion for our family genealogy.
I grew up hearing about my paternal grandmothers family history as United Empire Loyalists. It was interesting to me because we were learning about it at school in Grade 4.
In my early 20s I met my fathers first cousin who introduced me to genealogical research. She had a wonderful big binder full of great records. My fathers aunt also started corresponding with me about her research. She lived close to the Victoria Archives in Toronto. My father wasn't all that interested in it beyond the obvious.
I was 9 or 10 when I figured out that the guy I knew as my grandfather was NOT my grandfather. I think my cousin Debbie told me that he had just died, but my father didn't go to the funeral, which seemed odd. It would be years before I learned the identity of my grandfather.
Just before my father passed away, his youngest sister told me to look into the surname Brotherston. Oh yes, I discovered a lot from that hint! I found the 1921 census with my father and his closest sister, his mother and grandparents....and the surname of record was Brotherston.  I have since managed to find his two sisters birth announcement in a local newspaper, but still haven't got any kind of birth record for Dad.
In 2014, Another person, thinking she was a sibling to my father (he's had several we never knew about) convinced me to invest in one of these DNA kits. As it happened, the woman was not a blood relative, but an adopted cousin to my father. (We have a loving friendship to this day, though she is now suffering dementia.
I had ordered a rogue kit to carry in my purse if an opportunistic situation ever popped up. I mentioned it to my brother and he said "I'll do it!" Like me, my brother was very anxious for proof that this Mr. Brotherston was our true grandfather. We were in for a big surprise! My brother did indeed have many good matches to the Brotherston clan which sealed that deal. I had the pleasure of connecting to a distant cousin who was living in the part of Scotland where our ancestors originated. He took many photographs and found lots of church records. We discovered that our 4xgreat grandfather was illegitimate. Brian had to convince the rector to let him look at a special book that was not usually open to the public. That's where he found the baptism of this special child.
We have reconnected to several close cousins in our hometown. It makes me so sad that my grandfather lived in our neighbourhood during my childhood. I don't know if I ever met him, though I do have memories of his second wife. I never knew she was my fathers stepMother, though, Just some random old lady who seem to like us, and gave us treats when we visited her. 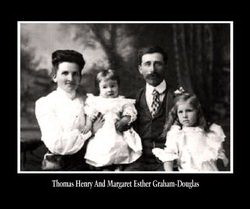 My greatgrandparents with my Grandmother and baby Ed 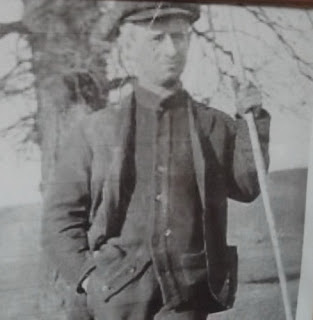 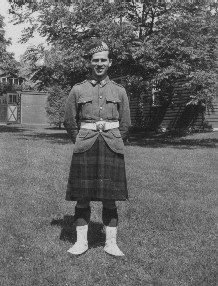 My dear old Da in his army gear
After my aunt died, my cousin was going through her belongings and found a photo of my Grandpa Bill. My father and his sister Beryl looked so much like him it's just mind boggling! We have since found at least one more full sibling for my father. She has passed, but I've connected with her youngest daughter. She is working on getting her dual citizenship and plans to move back to Canada as soon as her husband retires.
Men and women carry the X chromosome from their mothers. Only men carry the Y and pass it to their male offspring. We upgraded my brothers test to include his Y. We were very surprised to have one match with the surname of Herriott.  It turns out this gentleman is the clan chief. We have carried on an interesting correspondence and upgraded my brothers testing levels several times. He just keeps getting more and more Herriot(t) matches. We are presently waiting for a major test result that is of great interest to the Herriot Clan Heritage Association. All of these matches can link their lineage back to a rather well known guy who came to New Jersey in the 1600s. My brothers on the other hand, is believed to go back even further. We are rather excited to see just how far.
So the big question is....is a Mr. Herriot the missing father of the 4x great grandfather?
Our paternal grandmothers heritage is quite interesting. She had an ancestor on the Mayflower. She had ancestors among the first dozen colonists in what is now New York and the state of Rhode Island. She descends from Loyalist and Patriots, a pirate and a spy.
Grandfather Bill has cousins who were Lords. Ever heard of the Stanley Cup? Grandpa is a descendant of the Stanley family. One of his original maternal ancestors came to Canada at the behest of the Stanley family. The mother of said family was the Stanley. After she died, Lord Stanley left her widower an inheritance with the condition he bring the children to Canada and establish a new life. They bought quite a large farm, which is to this day a real showplace in our home county.
on November 15, 2020 No comments:

I see a nap developing